I am a cancer survivor and certified life coach committed to assisting those looking to move forward from a diagnosis, discover new direction, create new purpose, and live more aligned with their values.

Common thoughts of a Cancer Survivor

Will the cancer come back?

Will I be able to pay my medical bills?

How will this affect my marriage or relationship?

Will I be able to go back to work?

Will I be able to take care of myself and/or my family?

Will I trust my body again?

Will I be able to live with my “new normal?”

We believe that you cannot pour from an empty cup and it’s important to pour back into yourself.

This is open to anyone who is seeking to overcome difficulties or limited beliefs prohibiting them from moving forward.

Get answers to questions people ask all the time.

Do you provide coaching in person or via zoom?

We prefer in person coaching however, due to Covid 19 restrictions office visits are limited. Most sessions are conducted by zoom or phone.

Do you provide coaching to caregivers?

Whether it be a spouse, an adult child, or a parent, we are here for all family members who want to improve their confidence in what they can do to help their loved one who is aging or has cancer. We support you with your personal health goals and can help you come up with a plan to manage stress and reduce the risk of caregiver burnout.

Is coaching available anytime during someone’s experience with cancer?

We are here and ready to walk alongside you and help you find your way. We offer coaching at any point in someone’s cancer experience- at diagnosis, during treatment, in the post-treatment phase, or at end-of-life.

My Story - My Call to Action

I know firsthand what if feels like to have your world change in an instant. In 2015, the Saturday before Father’s Day, I put my hand on my chest and I felt a lump. The lump was not small. It was obvious that something was wrong. After going to a breast specialist and radiologist I received a diagnosis of Triple Negative Breast Cancer and that I carried the BRCA 2 gene.

From 2015 to 2020, while caring for my elderly mother, I underwent chemotherapy and five surgeries in eight months, including a double mastectomy and a hysterectomy. The reality of never having biological children hit hard. I’m adopted and I always wanted to have a child that looked like me. I lost my hair and gained weight. I experienced anxiety, shortness of breath, joint pain, a change in my eyesight, and constant exhaustion, among other ailments, issues, and disappointments. I did not feel attractive, I did not feel like myself and I didn’t recognize myself.

When you are diagnosed with breast cancer and at the same time you are losing the person you feel you cannot live without to cancer, the only thing you can think about is death. When I received my diagnosis of having breast cancer I thought of death and truly didn’t want to live, as losing my father had me losing my hopes and dreams. Ray propositioned me with the question of “and what if you live”? Having already walked my same path, she helped me to change my mindset. She showed me that living is the greatest way to honor my father and myself. Ray helped me to choose life, not death, and to choose joy and process the pain. She helped me to live and do it abundantly.

The Best Time Spent! As a caregiver, I needed a lot of support to process the loss of my mother after her battle with cancer. “And What If You Live” Coaching gave me the strategies, the community and the accountability I needed in order to keep going. I learned healthy ways to identify my sadness and process my grief. If you are on the fence, I would encourage you to give it a try. The techniques that I have learned have aided me in accelerating my healing journey.

I was devastated, scared, hopeless and alone after getting diagnosed with breast cancer. I felt as if no one understood what I was going through, and honestly, they didn’t. A friend called me one day and said, “ Paula I’m friends with someone on Facebook, I’ve never met her in person but she is going through the same thing you’re going though.” She gave Ray my number and Ray called me. After talking to Ray for the first time, I felt as if I’ve known her all my life. Finally, someone who understands me and was able to tell me what to expect and that everything was going to be ok. I felt so assured and comforted talking to her. I was able to tell her exactly how I felt and she would have the most assuring words to make me feel comfortable. I would sometimes cry and the only person that was able to make me feel comfortable and put a smile on my face was Ray Janeen Stevens. Sometimes I wondered how she was able to remain so calm and reassuring and take on my burden while dealing with a diagnosis of her own but she did, and there was never a time that she made me feel as if I was too much. Ray you’re an angel and I love you dearly. Thanks for saving me. 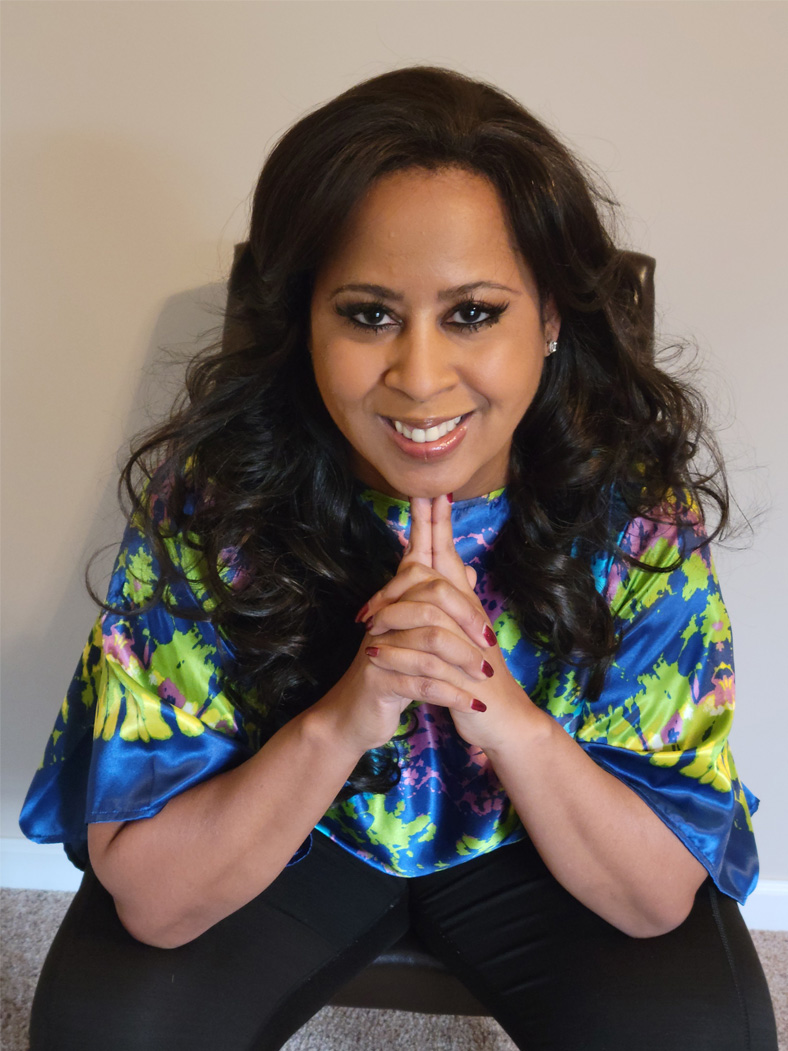 A big part of what breast cancer took away from Ray Janeen Stevens for so many years, the Beau Institute of Permanent and Corrective Cosmetics was able to give back to her within one visit. “It made me feel like a woman again,” Stevens, 50, of Burlington, New Jersey,...
Read More

Find Your Balance. Set Your Goals. Reward Yourself.